Richard Mostyn, former spokesperson for the Yukon Workers’ Compensation Health & Safety Board was elected to the Yukon legislature in the territory’s December 2016 provincial election. 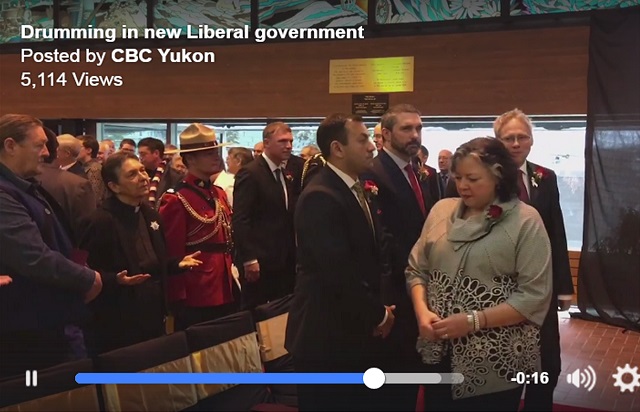 Richard Mostyn (centre, next to Mountie) is drummed in to the foyer of the Yukon government building. Screen Shot: CBC News North

Richard, who beat out deputy premier Elaine Taylor, the longest serving cabinet minister in Yukon history, is also the former editor of the Yukon News, and has always kept his finger on the territory’s political pulse, which is seen as a boon for the fledgling Liberal government.

“The new Liberal government is “committed to being an ethical, accountable, responsible government that will work tirelessly for the benefit of all Yukoners,” says Yukon Premier Sandy Silver.

First Nations, conservationists, miners and the business community are all greeting the Liberal win with some hope, and expectations that campaign promises will be fulfilled.