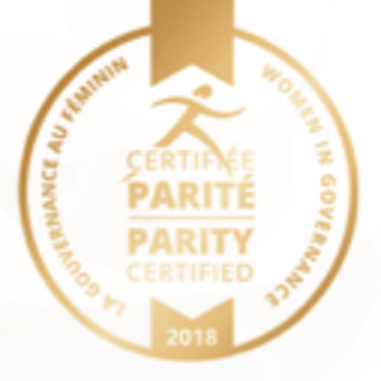 The Chair of the Board of Directors and Chief Executive Officer of the Commission des normes, de l'équité, de la...

The Chair of the Board of Directors and Chief Executive Officer of the Commission des normes, de l'équité, de la...

The Chair of the Board of Directors and Chief Executive Officer of the Commission des normes, de l’équité, de la santé et de la sécurité du travail, Manuelle Oudar, is pleased to announce that the CNESST was awarded Gold Parity Certification at the Women in Governance’s Annual Recognition Gala.

“We are very proud to see that our commitment and efforts to ensure parity have been recognized for a second year in a row. More engaged than ever in achieving gender equality, the CNESST has demonstrated, with this recognition, that equality is an integral part of its culture and management practices. The adoption last spring of our Policy on Parity and Diversity is already an indication that our commitment to this end is a reality,” stated Manuelle.

It was on the basis of such criteria as gender distribution within the organization and instituting a number of specific measures to achieve gender parity that the CNESST qualified to receive this prestigious certification.

The CNESST is positioned very favourably when it comes to gender parity across all job categories. From this standpoint, the CNESST’s rate of representation of women in management is 60%.

On May 29, 2018, the CNESST adopted its Policy on parity and diversity, aimed at ensuring gender parity representation for leadership positions. The CNESST supports the principle that, when skills are equal, gender parity representation should be maintained at all levels of hierarchy, where people have positions with decision-making authority. The policy is also designed to promote diversity among staff, in order to reflect the various components of Quebec society.

This policy is part of the initiative “Together for Equality – Government Strategy for Gender Equality Toward 2021” (pdf), which aims to develop a culture of gender equality in Quebec.

WCB PEI: Satisfaction Survey Continues to Provide Valuable Information
Know a colleague who has gone “above and beyond” for the AWCBC? Nominate them before March 26, 2021!
WorkSafeBC: New High Risk Strategies and Industry Initiatives
WCB NS: Safe + Secure – Leading through COVID-19, Working to Well, Risk Mapping Tool