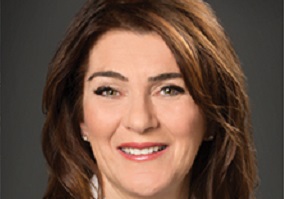 A prestigious distinction has been awarded to CNESST Chair and CEO, Manuelle Oudar. She has been named one of Canada’s...

A prestigious distinction has been awarded to CNESST Chair and CEO, Manuelle Oudar. She has been named one of Canada’s...

A prestigious distinction has been awarded to CNESST Chair and CEO, Manuelle Oudar. She has been named one of Canada’s Top 100 Most Powerful Women in 2017.

The national award, presented by the Women’s Executive Network (WXN), recognizes the outstanding achievements of women professionals with strong leadership potential in the private, public and non-profit sectors. The CNESST is one of the largest public sector organizations in the province, and is also the only one of its size headed by a woman.

Manuelle has 30 years of experience in the public sector, first as a lawyer, then as a director of litigation and a deputy minister. She has played a pivotal role in the implementation of a number of legal reforms in the areas of pay equity and rights and freedoms, as well as the reform that led to the creation of the CNESST.

She is also the 2017 recipient of the Leadership Award from the Association of Quebec Women in Finance and profoundly believes in women working together to break through the glass ceiling.

“Being described as powerful makes me feel… very humbled,” says Manuelle. “It brings with it a duty to keep helping women and girls who are starting out in their professional lives.”