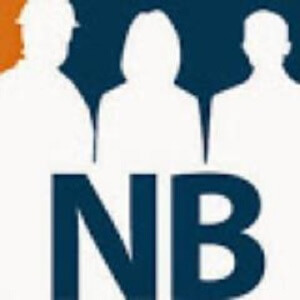 “Eliminating the unpaid waiting period will provide wage loss benefits to all workers from the day following an accident,” says Haley Flaro, acting WorkSafeNB board chair. “This benefit improvement will directly impact New Brunswick’s most vulnerable injured workers who might not have access to sick leave benefits during this time frame.”

The legislative changes also have immediate impact on the rates that employers pay as the 2019 average assessment rate, previously announced as $2.92 per $100 of payroll, is being reduced to $2.65.

WorkSafeNB’s actuaries reviewed the impact of the new legislation and, in accordance with current policies, determined that a $94 million reduction in certain liabilities will be realized immediately, resulting in the lower rate for 2019.

“These legislative changes will help stabilize the rapid increases in costs that have been passed on to New Brunswick employers in recent years, allowing for a more predictable cost environment,” says Haley.

In July 2018, a New Brunswick Ministerial Task Force, comprised of equal representation of both workers and employers released a total of 28 recommendations designed to strike the right balance among compensation for injured workers, the employers’ financial interest and the long-term sustainability of the system. The new legislative amendments address seven of the proposed 12 recommendations requiring legislative change.

“On behalf of WorkSafeNB’s board of directors, I want to thank Trevor Holder, NB Minister of Labour, and the Government of New Brunswick, for acting swiftly to introduce and enact these amendments,” Haley adds. “These legislative changes will help us sustain a workers’ compensation system that benefits all New Brunswickers.”

WorkSafeNB will return to government in early 2019 with a proposal to implement the remaining Task Force recommendations which, among other things, will lead to significant improvements in occupational health and safety at workplaces across the province.

More information about the task force and its recommendations is available at The Report of the Task Force on WorkSafeNB (pdf).

Today’s the first full day of summer and while it may not feel this hot, it will soon enough. Check out these tips to stay safe in the sun and heat this summer.
https://t.co/HU97JE2tVD