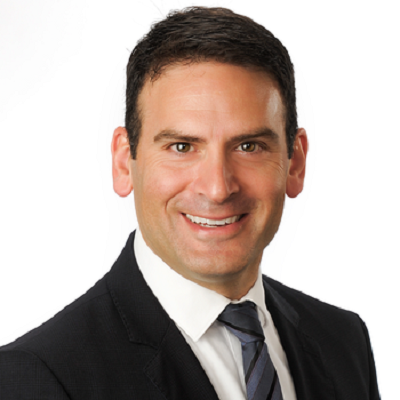 WorkSafeNB is pleased to announce that Mel Norton, a partner in the Lawson Creamer law firm of Saint John, New Brunswick,...

WorkSafeNB is pleased to announce that Mel Norton, a partner in the Lawson Creamer law firm of Saint John, New Brunswick,...

WorkSafeNB is pleased to announce that Mel Norton, a partner in the Lawson Creamer law firm of Saint John, New Brunswick, has been appointed chairperson of WorkSafeNB’s board of directors. Mel’s appointment is for a five-year term that is part-time, with the possibility of reappointment.

“Mel is a proven leader with a wealth of experience and strong governance skills,” says Haley Flaro, acting chairperson of WorkSafeNB. “We are very pleased to have him at the helm as we strive to transform our workers’ compensation system to better serve the workers and employers of our province.”

Norton has practised law since he was admitted to the New Brunswick bar in 2000. In 2010 he won a Saint John by-election to represent Ward 3 as a city councillor, and in 2012 ran for mayor, winning in a landslide victory. He held that position until 2016.

“As acting chairperson over the past year, I have witnessed a substantial and positive shift in WorkSafeNB,” Haley continues. “This change is the combined result of the recommendations made by the task force committee and the Auditor General, the passing of critical legislative amendments, and the leadership of our new CEO, Douglas Jones. I am confident that Mel will provide the guidance and oversight required to maintain our forward momentum.”

Through his experience, especially as mayor of the geographically largest city in New Brunswick, Norton has refined his skills in consensus building and government relations. Bilingual in both official languages, he also has proven communication skills, experience in government relations and has led large-scale transformational change.

“His knowledge and experience,” concludes Haley, “are a real asset to our board, and on behalf of all board members, we look forward to working with him.”

Haley will be working closely with Mel over the next two weeks to ensure a smooth transition into the role. Following the transition, she will resume her role as vice-chairperson of the board.

“On behalf of the board of directors and staff at WorkSafeNB, we thank Haley for stepping in as acting chairperson during such an important chapter in our organization’s history,” says Douglas Jones, WorkSafeNB’s president and CEO. “She demonstrated leadership, sound judgment and expertise during a time of significant change, and we appreciate the crucial role she played in helping us forge a new path forward.”