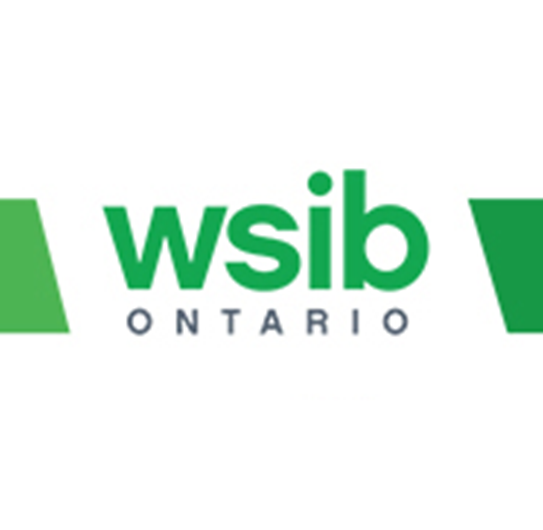 New poll shows almost 6 in 10 Ontarians say COVID-19 has impacted their awareness of health and safety in the...

New poll shows almost 6 in 10 Ontarians say COVID-19 has impacted their awareness of health and safety in the...

New poll shows almost 6 in 10 Ontarians say COVID-19 has impacted their awareness of health and safety in the workplace, while 50 per cent underestimate the number of work-related fatalities in Ontario each year

To commemorate the national Day of Mourning today, the Workplace Safety and Insurance Board (WSIB) is calling on all Ontarians to take a moment to pay tribute to the people who died, were injured or suffered illness in the workplace and honour the loved ones they left behind.

“In 2020, 245 people in Ontario died because of work-related injuries or illness, and 28 of these deaths were caused by COVID-19,” said Elizabeth Witmer, WSIB Chair. “The pandemic has reminded us that preventing injuries and illnesses has to be the top priority of any workplace – not just today, but every day.”

A recent poll conducted by Leger on behalf of the WSIB* revealed that 58 per cent of Ontarians say the COVID-19 pandemic has had an impact on their awareness of health and safety in the workplace. That number jumps to 75 per cent for respondents who identified as being actively in the workforce.

“The need to protect people at work did not begin with the onset of this pandemic, and it will not cease once it ends,” said Tom Bell, President and CEO (A). “We must use this heightened awareness to continue to act as ambassadors for health and safety and do everything we can to prevent senseless workplace tragedies from happening to anyone.”

While the pandemic has led to heightened awareness of health and safety, the Leger poll also revealed that most Ontarians are unaware of how many workplace fatalities occur in Ontario each year. Approximately 50 per cent of Ontarians incorrectly underestimated the number of workplace fatalities that occur on average each year, and another 25 per cent were unsure.

“Even one death is too many,” said Witmer. “Let’s all work as hard as we can to have a Day of Mourning where we do not add a single name to a list that is already much too long.”

The WSIB is hosting an online commemoration ceremony on its YouTube channel on April 28, 2021 at 10:45 a.m., followed by a moment of silence at 11:00 a.m. The ceremony will feature special messages from:

In honour of the Day of Mourning, the WSIB has also created an awareness campaign which has been shared via television, radio, social media and its Day of Mourning website.

This evening, various landmarks across the province will be illuminated in yellow, traditionally a colour of hope. These include: the CN Tower, Niagara Falls, Kitchener City Hall, Guelph City Hall (Market Square), Hamilton City Hall (HAMILTON sign) and the 3D TORONTO sign in Nathan Phillips Square.

April 28th was chosen as the date for the National Day of Mourning in 1984, when the Canadian Labour Congress proclaimed the Day to coincide with the 70th anniversary of the day the first Ontario Workers’ Compensation Act was approved by the government. The Day of Mourning was enshrined in national legislation by an Act of Parliament on February 1, 1991.